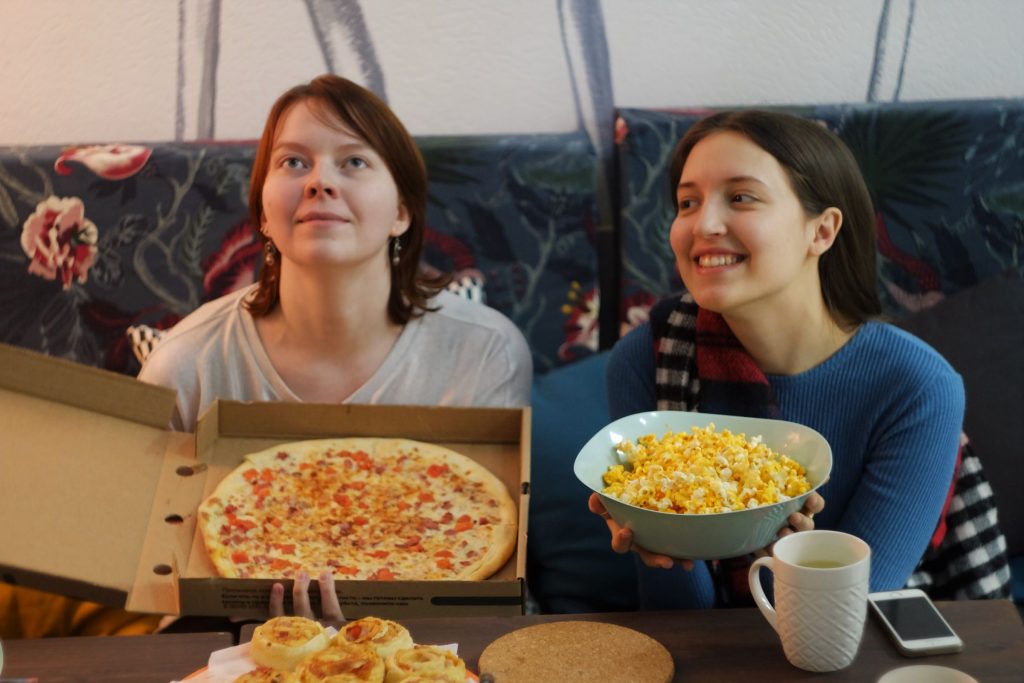 Once a topic of only taboo and ridicule, the subject of UFO phenomena and extraterrestrial encounters are suddenly slipping into the mainstream. An explosion of high-quality alien documentaries over the last several years and the immediacy of streaming on platforms like Prime Video have led more and more people to take interest in this subject, driving the conversation forward in the public arena.

Whether you’re a seasoned UFO enthusiast or you’re brand new to the topic, below you’ll find some of the best and most entertaining alien documentaries out there — and most of them are free to watch on Prime.

Now go apologize to your laundry and your dishes, because they are not getting done today. You have some weird shit to watch.

Based on their best-selling book, Mirage Men: An Adventure into Paranoia, Espionage, Psychological Warfare, and UFOs, Mark Pilkington and John Lundbery uncover a 60-year-old story that is stranger than any fiction — and more terrifying. According to this alien documentary, for decades, teams within the US Air Force and the US intelligence services have intentionally manipulated and warped beliefs about the nature of UFOs and visitations from extraterrestrial beings as part of their counter-intelligence programs. But what are they hiding?

This Roswell documentary focuses on a controversial figure of Bob Lazar, the former government physicist and Roswell whistle-blower. In 1989, Lazar went public with his account of having worked on reverse-engineering alien spacecraft for the U.S. military at a top secret Air Force test facility in the Nevada desert.

After making these shocking claims, Lazar went silent for three decades, withdrawing from the public eye and living quietly in Michigan. That is until filmmaker Jeremy Kenyon Lockyer Corbell tracked him down and convinced him to rehash his claims and discuss his role in the mystery surrounding Area 51.

Ahead of its time, Out of The Blue is widely considered to be one of the best documentaries ever made about the UFO phenomenon. This feature-length documentary originally premiered on television on the SciFi channel. Through interviews with experts in the scientific community, high-ranking military and government officials, and eye witnesses this film explores the idea that not only do UFOs exist and are of possible alien origin, but that the secrecy and ridicule around the subject are an intentional plot to shroud it from attention.

Award-winning director, James Fox returns with his second documentary where he brings together testimony from an impressive and wide-range of experts and witnesses including military and commercial pilots, astronauts, and government officials. These interviews are with some of the most credible UFO witnesses around the world, and further details the ongoing investigation in the UFO phenomenon.

The Phenomenon is a documentary by ufologist James Fox. It is his third film on the subject, after I Know What I Saw (2009) and Out of the Blue (2003). The film is masterfully narrated by veteran PBS narrator Peter Coyote. It is remarkable for being one of the first UFO documentaries to get real attention from the mainstream media, due largely to its all-star cast.

Like any great UFO documentary, this film dives into famous UFO incidents and features footage and archival interviews exploring everything from the Roswell Incident, the Ariel School incident, the Lonnie Zamora incident, and the Rendlesham Forest incident.

This ground-breaking alien documentary, directed by Amardeep Kaleka is based on the 2006 book by  ufologist and Disclosure Project founder, Dr. Steven M. Greer, Hidden Truth, Hidden Knowledge. The film is narrated by Thomas Jane, and it follows Greer’s beliefs about hidden government secrets and his efforts to reveal what he claims is information about top secret energy projects and propulsion technologies.

This film, which was funded with a Kickstarter campaign,features interviews with former military and government officials. Notably, it also seeks to reveal the truth behind the anomalous 6-inch (15 cm) skeleton known as Ata that was found in the Atacama desert in northern Chile in 2003 through DNA analysis. Will what they find change the way we think about the human race?

Unacknowledged: An Expose of the World's Greatest Secret (2017)

Notably, this UFO documentary was crowdfunded by supporters of Greer and the disclosure movement. It was directed by Michael Mazzola and narrated by Giancarlo Esposito. After debuting on iTunes and digital platforms on May 9, ‘Unacknowledged’ became the number one documentary on those platforms.

Close Encounters of the Fifth Kind: Contact has Begun (2020)

In his third documentary, Dr. Steven Greer focuses on his belief that, not only is the government hiding information about extraterrestrial contact, but that there has been a organized campaign to paint these advanced beings as hostile and dangerous. Greer lays out his view of a benevolent presence that wants to connect with humanity, and — most shockingly — lays out his protocols for initiating contact with these beings called CE5.

These documentaries are not entry-level fare and they are not for the faint of heart. Curmudgeonly skeptics and everyone who hates fun should avoid these at all costs. However, if you’re in the mood to stretch your brain and have a weird time, you’ll find exactly what you’re looking for below.

Antarctica: Alien Secrets Beneath the Ice (2019)

I’m going to be honest and break the fourth wall for a minute here and tell you that this is probably my favorite alien documentary of all time. First of all, Linda Moulton Howe of Earth Files is a badass, a trail-blazer, and the ultimate OG of paranormal journalism — and I love her and her earrings. Also, the story that she lays out here is just absolutely the most bonkers thing that I’ve ever heard in my life and I hope that every last word of it is true.

Linda interviews eyewitness whistleblowers known as Spartan 1 (a Navy Seal) and Spartan 2 (a Marine) whose astonishing claims include everything from the existence of mysterious glowing halls covered in unknown writing beneath the ice in Antarctica to mysterious glyphs on the Moon and Mars. Seriously, just watch it.

All of the best alien theories involve Antarctica, and this one is no different. It’s one of the craziest stories you’ve never heard from US history and it has all the greatest hits — alien technology, Nazi’s, secret bases, and government coverups. Good times.

Sometimes a feature-length documentary just isn’t enough. And in those times, we’re grateful to have so many amazing documentary shows about UFOs and aliens to turn to. Most of the following shows have multiple seasons to satisfy even your most ambitious streaming binge. Don’t forget to grab some snacks!

2 Seasons
If there is any series on this list that is absolutely a “must watch” it’s this one. This groundbreaking series follows Tom Delonge, Lou Elizondo, Chris Mellon, and more as they investigate the UFO phenomenon. Filmed shortly after the formation of the To The Stars Academy, this documentary is an eye-opening and at times shocking look behind the scenes of the disclosure movement from the people right at the center of it.

Featuring never-before-seen interviews and footage from UAP witnesses including military and commercial pilots and top government officials, this astounding series will change everything you think you know about UFOs.

If you’ve checked out Dr. Steven Greer’s other documentaries, then this series will tread a lot of familiar territory, including more in-depth conversations about his controversial CE5 protocols for contacting extraterrestrial entities. This series ended up drawing the ire of many in the UFO community for taking aim at Lue Elizondo and others in the recent disclosure movement that was centered around the To The Stars Academy. It’s Greer’s belief that this represents a fake disclosure likely leading to a staged alien invasion in order to advance government control.

Seriously, God bless Ancient Aliens. This prolific show has provided years of entertainment and has done the great service of introducing ancient alien theory to a more mainstream audience. Although the show definitely embraced the kitsch aspect early on, as the disclosure movement has gained steam, it’s started to take itself more seriously and in recent seasons has delivered not just entertainment, but some seriously quality television.

Featuring Ufology mainstays like Giorgio A. Tsoukalos, David Childress, and Linda Moulton Howe, this show is just as much to watch as its ever been.

3 Seasons
OK, so you know how Ancient Aliens will say some pretty crazy stuff, but they hedge their claims by saying something like “according to ancient alien theorists, the answer is a resounding ‘yes’”? OK well Ancient Civilizations doesn’t do that at all. They just fully embrace the crazy and go as deep down the ufo rabbit hole as they can in each episode. It’s a great time, but you have to be in the right frame of mind to surf all the jarring non-sequiturs and baseless claims.

Deep Space has a very similar vibe and approach as Ancient Civilizations, but instead of focusing on alien contact in the distant past, this alien documentary series focuses on the alleged hidden history of the United States’s secret space program. It’s a little all over the place and some of the claims are just simply too out there to take seriously without even shred of proof, but if you want to explore some of the more challenging theories, this is a fun place to hang out for an afternoon.